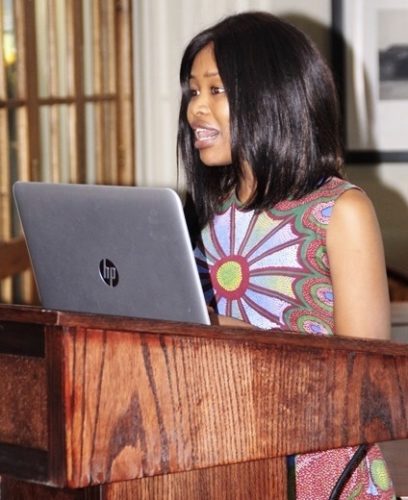 Unemployment is probably the most severe problem South African society is experiencing and it’s conceivably the root cause of many other problems, such as high crime rates, violence, drug abuse, [and] abject poverty”

South Africa has the third-highest rate of youth unemployment in the world (Fin24, 2014). A GIBS (2013) survey revealed that skills development for the youth would help curb the high rates of unemployment. There also seems to be a mismatch of skills between what the youth are capable of doing and what skills companies require of their employees (Dawjee, 2014). There is a clear lack of educational resources, such as learning centers and career guidance facilitators which could bridge this gap. Access to only education does little to decrease poverty unless it is both meaningful and relevant to workforce needs. Secondary school dropouts are one of the major causes of youth unemployment because of the lack of future prospects.

According to Gizelle McIntyre, Director at The Institute of People Development (IPD), work readiness is ‘the ability of a new employee to hit the ground running in a company’. This does not only refer to the skills the new employee garnered in his or her studies but also their ability to communicate effectively, handle change and conflict, problem solve independently, work well with others, adapt and be agile, self-manage, organise, and learn quickly, she says.

Zipho Ngxongo, Coordinator of Meriting Youth Development, explains that her NPO creatively bridges this gap by screening, recruiting and upskilling disadvantaged youth and placing them in jobs. This organisation has trained over 400 young people, of which 50% have managed to find work and 25% are currently furthering their education. Meriting runs a free two-month programme, offering a Seta-accredited qualification in Business Administration Services L4 which begins with an emotional intelligence course. The focus is placed on promoting and tracking behavioral changes; such as a positive attitude, punctuality, communication, and responsibility for submission of POE’s on time throughout the course. According to Mpho, a graduate, who works for an insurance company as a sales person, “I’m excited because I now realise my future is in my hands.”

Government has partnered with companies by creating employee tax incentives. For instance, the Employment Tax Incentive (ETI) scheme means companies receive a tax rebate on their monthly PAYE tax of R1 000 per month, for each first-time employee earning more than R2 000 pm.

Tax rebates for learnerships which are set off against income tax are also available. Each learner receives a R60 000 deduction off the organisation’s income at 28% tax, which converts to R16 800 per learner.

Under the new BBBEE codes, businesses need to spend 6% of their payroll costs per annum on training black people. Furthermore, they need to train the figure of 2.5% of their staff compliment on learnerships, such as the one being offered by Meriting. These projects give your organisation the opportunity to meet targets on your BBBEE scorecard by supplementing your training of staff with unemployed youth.

Over 8 million people are unemployed in South Africa, according to Stats SA figures. Over 70% of those unemployed come from the ranks of youth between the ages of 18-34. Many young people are being trained yet few organisations are employing young people despite all these incentives. There is tremendous scope for SMME’s to employ more youth and reduce the 6 million youth presently roaming our streets.

“Youth unemployment is a time bomb waiting to explode. If each responsible leader initiated employing 5% more young staff, we could create 1 million jobs in a short period,” according to Ms Ngxongo.

‘Empowering young people through skills development strengthens their capacity to help address the many challenges facing society, including poverty, injustice and violent conflict. There is no better investment than helping a young person to develop their abilities. Successful skills programmes link young people with opportunities to gain experience and jobs.’