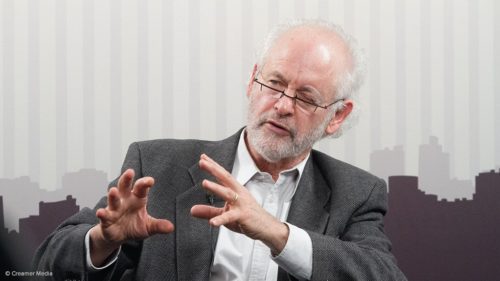 All business urged to employ 5% unemployed youth as interns

Researcher and political analyst Professor Raymond Suttner has described South Africa’s youth unemployment crisis as an “emergency-type situation” that can only be sustainably addressed through a frank dialogue between government, business, labour and civil society that tackles the prevailing climate of mistrust, which is undermining potentially job-creating investment.

Sharing a platform with Business Unity South Africa’s acting CEO Cas Coovadia at a briefing hosted by training company Imsimbi on Thursday, Suttner warned that a youth-unemployment rate of higher than 60% was not only a “tragedy” for the individuals affected, but carried serious social risks, as well as perils for future business stability.

While government was primarily responsible for finding remedies, which would be multifaceted in nature, business needed to recognise that it was not powerless to act and that it needed to use its power to influence the climate in a way that rebuilt confidence.

Suttner felt business could be particularly influential by insisting on the need for clean government, the absence of which was negatively affecting the “entire functioning of the system under which we all have to pursue our business and other work activities”.

“Business must be able to operate within an environment where regulations and processes are observed. It needs that level of certainty in order to function optimally,” he stressed.

Coovadia supported the idea of a deeper social dialogue, but said it was vital that the conversation be framed by “national interest” and not the narrow self-interests of the interlocutors. In other words, it should deal with the “hard issues” with an acceptance that compromises and sacrifices would have to be made by all social partners.

Tackling youth unemployment also required a “long-term vision” – one that recognised that some of the solutions, particularly in the area of education, would take decades to become truly effective.

Coovadia admitted that business could do more in the areas of skills development and internships. But he indicated that it would prefer to support such efforts through offering capacity rather than funding, owing to concerns about the waste and misuse of funds.

He expressed frustration, though, that the capacity previously made available by business to the public sector was often either dismissed, or used as a substitute for government fulfilling its societal obligations. “Business cannot become government by proxy, because of a lack of efficiency within the public sector,” he argued.

Imsimbi director David Sadie highlighted a number of incentives already available to encourage enterprises to take on young unemployed South Africans, including the Employment Tax Incentive Scheme, which was already supporting some 209 000 young workers in about 23 500 firms.

About 150 young South Africans had already received training at a facility in the Johannesburg central business district and Imsimbi was keen to partner with corporates to extend the scheme to other areas in Gauteng.